Located in the Historic Hawley-Green neighborhood, which is traditionally recognized for it’s art & culture in Syracuse is the ArtRage Gallery. 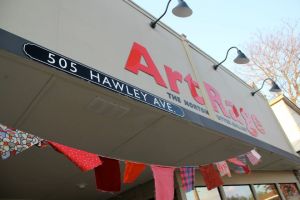 Throughout the month of February, on Saturday’s, ArtRage will be featuring a series titled Hollywood Does History. They will be playing historically significant films that touch on cultural, social and economical issues. Films like Erin Brokovich, Malcolm X, Milk will play on Saturday’s and Sing Your Song will be on a Tuesday.

This is an awesome idea.

Earlier in the week I had discovered that on the 3rd Thursday of every month the Central Library downtown shows a free movie, this week featuring The Dark Knight Rises…but when I saw that it was at 9am on a Thursday I was seriously shocked. A million ridiculous thoughts raced through my mind, mostly centering around the general theme of, “9am?!?!”

So when I discovered that ArtRage Gallery does something similar on Saturday’s, I was more than pleased to discover the films are shown at a more reasonable hour than 9am…more like 7 or 8pm.

Since Julia Roberts tops my list of favorite actresses, and you can never get enough of Daddy Warbucks (Albert Finney), I’ll be checking this out.

Tip: This is a free event, with a suggested $5 donation